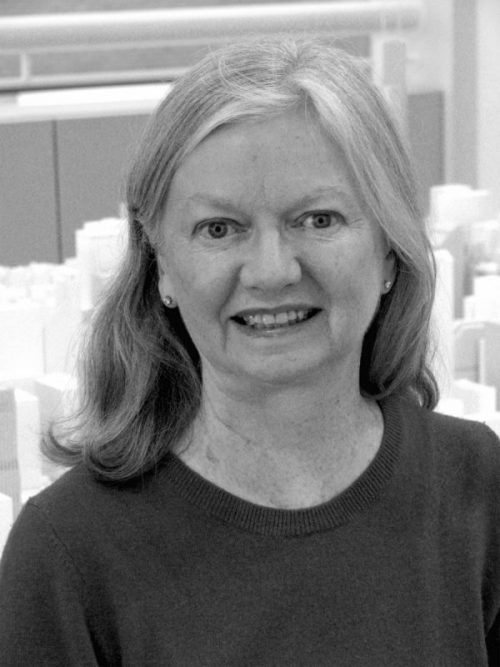 “Nancy’s consistent leadership by example epitomizes the values of this award,” commented Patricia Saldaña Natke, Chair of the CWAF Board of Directors. “Prioritization of mentorship and training of the next generation of architects is the fundamental foundation of Nancy’s more than 50-year career with Skidmore, Owings & Merrill (SOM) and her volunteer work beyond.”

After joining SOM in 1968, Abshire responded to a call to action sent by Gertrude Lempp Kerbis to the few women in the Chicago architecture community, and became a founding member of CWA in 1974 together with Kerbis, Carol Ross Barney, Gunduz Dagdelen, Natalie de Blois, Laura Fisher, Jane M. Jacobsen, and Cynthia Weese to advocate for women in the profession. Their first action was a public exhibition of member’s work to showcase and celebrate the contributions of women architects.

Described by colleagues as an architectural pioneer, Abshire dedicated her career to activating the human potential within architecture through roles at SOM’s offices in Chicago and London, where Abshire helped establish the UK office. Throughout her years at SOM, she served as design architect, senior architect, exhibit design coordinator, and construction coordinator, ultimately becoming an Associate and a seasoned project manager, harnessing the power of clear communication and workflow to liaise between the client and the team. Rooted by her commitment to learning, Abshire is credited with developing effective project management that advanced the firm’s approach towards large scale, global projects, and imbued international dynamics that encouraged multicultural diversity and collaboration across projects.

Abshire’s impactful project leadership was strengthened by her commitment to continuing education and training for emerging professionals. Abshire’s initiatives at SOM include Language Training at SOM London, in response to the introduction of the European Union passport (1990); the Intern Development Program (IDP), designed to structure preparation for architect registration requirements (1994); Environmental Issues in Design (1999), a program that informed SOM’s sustainability practice; Continuing Education (2000) seminars on wide-ranging topics to meet requirements for membership with the American Institute of Architects (AIA); and others, many of which continue to this day and serve as models for similar programs at other firms. This aptitude and formidable rigor for educational leadership was recognized in 2009 when the Board of the SOM Foundation nominated Nancy as Executive Director, a position she held from 2010 until her retirement in 2019.

Abshire’s commitment to the human-centric elements of the built environment is echoed in her long-standing volunteer work. As a founding member of the Auxiliary Board of the Chicago Architecture Foundation, she helped preserve the historic Glessner House. The Chicago Symphony Orchestra has had Abshire’s support on the Junior Governing Board and the Women’s Board, and she serves on the National Alumni Board of Northwestern University. She has served in multiple leadership roles, including the Board of Trustees, at Fourth Presbyterian Church.

Her impact on the careers of architects and the architectural landscape over more than half a century is inimitable. To date, her work has been acknowledged by the SOM London Office Award, the Society of Architectural Historians, and her service and leadership excellence was recognized by the Northwestern Alumni Association. CWAF is pleased to present Abshire with the 2021 Lifetime Achievement Award in partnership of CWA—the organization she helped forge in 1974. The need for CWA’s coalition of women to advocate for equity in the industry remains critical, and the organization continues the founding members’ work in fostering a more equitable and diverse future.

Originally hailing from Dayton, Ohio, Abshire received a Bachelor of Arts in Interior Design with departmental honors and a minor in French from Northwestern University and a Bachelor of Architecture from the University of Illinois at Chicago. She is a registered architect in Illinois and the United Kingdom, after studying at the Architectural Association, as well as with the National Council of Architectural Registration Boards.

A virtual award ceremony celebrating Abshire as the 2021 CWAF Lifetime Achievement Award winner will take place on Sunday, May 23, 2021, 10:30 a.m.–12:30 p.m. Information regarding the event, including ticketing and sponsorship, is available on CWA’s website: cwarch.org.

Established in 2017, the Chicago Women in Architecture Foundation Lifetime Achievement Award honors distinguished women who have positively contributed as a member of Chicago Women in Architecture and have supported issues faced by women architects throughout their careers. Award recipients are nominated and selected by CWA and CWAF as recognition of the awardee’s impact on the lives and careers of others in the architecture community, inspiring new generations of women to engage with CWA and the field of architecture. Previous awardees are Cynthia Weese, FAIA; Roula Alakiotou, FAIA; Linda Searl, FAIA; and Kathryn H. Anthony, PhD.

ABOUT CWA AND CWAF
CWA is a 501(c)(6) nonprofit membership organization founded in 1974 to establish community, mentorship, visibility, and advocacy for women working in the field of architecture and related professions. Through the ongoing efforts of the entirely volunteer-led organization, this mission is realized by offering educational, professional, and social networking events; organizing and sponsoring lectures in partnership with like-minded organizations; and awarding annual scholarships to women architecture students in their final year of study.

In 2003, CWAF was incorporated as a 501(c)(3) nonprofit. Today, CWAF continues its support of CWA initiatives by raising funds to expand scholarship offerings as well as fundraising for events and special projects that further the careers for women in and around the field of architecture. 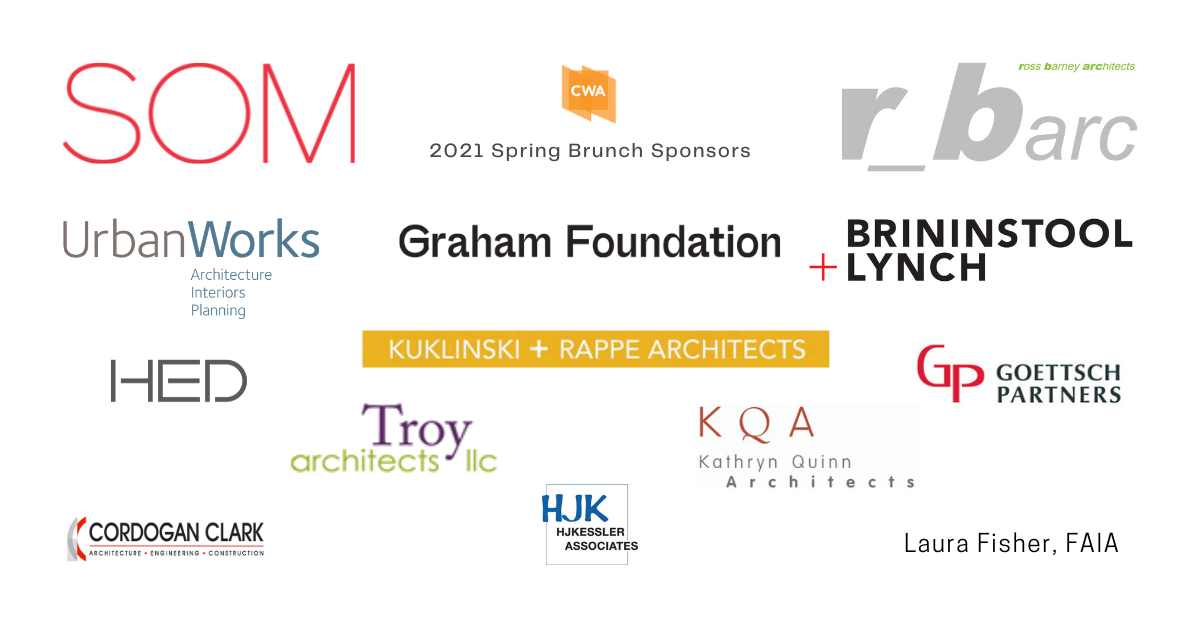