The third annual Women in the Built World Symposium was held this past February in Chicago, and was better than ever. Among the panels were lectures on terra cotta restoration, roofing best practices, the renovations in the Old Post Office, and panels on advocacy and women in construction. One of the more encouraging panels was The Men’s Perspective, a panel discussion among principals and presidents of an architecture firm, an engineering firm, and two construction firms. “But wait,” you ask, “I thought this event was Women in the Built World – why do we need to hear from more men?”

In this case, the men in question (William A Browne Jr. of RATIO, David Eckmann of Magnusson Klemencic Associates, Matthew Dogherty of McShane Construction, and Terry Graber of Power Construction) were vetted by the WitBW committee as leading advocates for equity in their companies, particularly in advocacy for women. This panel was an opportunity for other women in the industry to hear about the efficacy of their efforts, and to give some outside feedback in the form of a question and answer session.

As always, women in AEC by the numbers is sobering – not just because of the low percentages as compared to men (women in trades are a mere 1% of tradespeople in construction!) but also because these numbers drop off so significantly in what Browne described as the “leaky pipeline,” i.e. the career path from school through retirement. At every major milestone, there is a sudden drop in women who do not advance with their male counterparts, resulting in fewer and fewer women who make it to the C-suite. Eckmann described his firm as having double the women engineers as the industry standard – 31% within Magnusson Klemencic, as opposed to the 14% average. This sounds promising, until comparing this to the number of women graduating from engineering programs, which is close to 50% in the United States right now.

So what are these men doing to beat the industry averages?

RATIO has taken the step of hiring a consultant to improve the organization’s emotional intelligence. This is in response to communication challenges across multiple offices, and better addresses the gender and ethnic diversity in the firm. The leadership team is getting weekly coaching sessions for a year to help develop a more collaborative and communicative and empathetic organization that has the sensitivity to adapt to the unique styles for individuals in the firm. Browne noted that RATIO is about 19 sessions in to the program at the time of the symposium, and has already seen some changes in communication styles. RATIO is also working to advance women within the firm, and has hired women at leadership positions in addition to promoting from within. Grace Rappe is one example, and is Principal and the Chicago Studio Leader. RATIO has fifteen principals, two of whom are women.

Magnusson Klemencic has engaged a diversity consultant to help with their retention. Eckmann reports that MKA is doing well in recruitment, i.e. getting people in the door, but is doing the work now to improve retention so people are interested in staying for their entire careers. The diversity consultant is helping MKA learn new strategies and considerations as the legacy firm continues into its next century.

MKA is also improving their leave policies, in part due to the new Washington State law (MKA is headquartered in Seattle) that will dramatically expand the Family and Medical Leave Act’s provisions by the year 2020. The provisions include a mandated policy for new children, serious illness, and personal conditions, and guarantee 12 weeks of paid leave in a statewide insurance program. Everyone pays into a pool – employee and employer – to be able to qualify for 820 hours per year to get 90% of pay up to $1000 a week. MKA has moved forward with implementing the pay-in already, and in both the Chicago and Seattle offices even though this FMLA expansion does not apply to Illinois. MKA benefits from having four women at the executive level of leadership.

Dougherty noted that McShane’s employees are more diverse at the younger and less experienced levels, while management is still male-dominated. McShane has spent a lot of time in the past 5-10 years on recruiting women and establishing an inclusive and equitable culture at the company. One example of effective recruitment is attending career fairs with women representatives – this gives students an opportunity to relate to the person behind the table. Referrals remain the best method of finding top talent, and the top performing young women engineers are recommending McShane to their friends and colleagues – a great sign of a healthy and welcoming culture at the emerging professional end of the business hierarchy. And McShane also benefits from women at the top – Molly McShane was named COO in 2019, and she is one of five women at the executive level.

Power Construction has been working internally to develop construction groups of people undertaking inclusivity initiatives. Terry Graber was approached by a number of employees last year who created the Women in Construction group, which is hosting seminars and workshops internally to benefit Power as a whole. Graber notes that the whole company benefits from being more open to different viewpoints and that the right thing to do turns out to also make for better business. Graber also made note that Power is working to promote women from within rather than hiring at a higher level from outside the company, a statement that got a pointed remark from the audience during the question and answer period. Power has benefited from a female vice president, Shahara Byford, since 2018, although she is the only woman at the executive level.

It’s clear that these male panelists are invested in diversity initiatives in their respective companies. But the question is not just “what practices can we implement to improve,” it’s also “how can we get more of the white men in the c-suites to join the movement?” In the upper echelons of the AEC business where women are significantly outnumbered, it is critical to get that initial support and spearheading from the very people who are benefiting from their privilege to improve the industry as a whole.

It was gratifying to see men in the audience at this year’s Women in the Built World symposium. I hope that next year we see more men in the audience – men who are interested in driving equity, diversity, and inclusivity forward, and who have the agency to take concrete steps toward these goals. 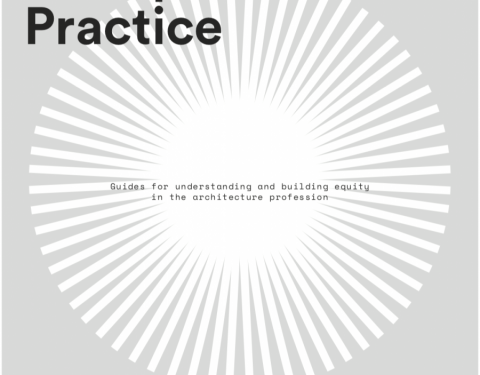