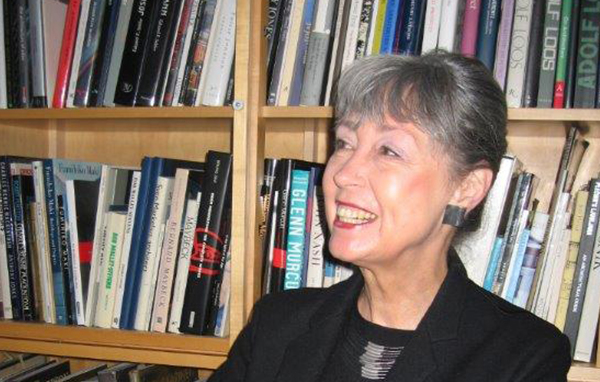 Cynthia Weese, FAIA, was presented with CWA Foundation’s first Lifetime Achievement Award on Sunday May 21, 2017 during CWA’s 34th Annual Spring Brunch at the Kimpton Gray Hotel, Chicago. More than fifty of Cynthia’s family, friends, CWA and CWA Foundation members gathered to celebrate this momentous occasion. This new award was bestowed on Cynthia for her advocacy for women in the field of Architecture throughout her 40+ year career. Cynthia’s distinguished career is an example of how women can influence the field of architecture through design, technology and education.
CWA Foundation Board Members Carol Ross Barney and Roberta Feldman presented Cynthia with the award both reminiscing about the significant impact that Cynthia had on their early careers as architects in Chicago. Cynthia followed with a delightful and engaging slide show of her work highlighting the different stages in her career.

Cynthia is a founding principal of Weese Langley Weese. She received her undergraduate and graduate degrees from Washington University in St. Louis. Upon graduation she established a private practice and also worked at Joe Karr and Associates and Harry Weese and Associates. In 1977 she joined her husband Ben in founding Weese Langley Weese, Her projects at the firm include Chestnut Place Apartment Tower Chicago; F.W. Olin classroom Building, Luther College, Decorah Iowa; Kraft General Foods Education Center at the Art Institute of Chicago; Chicago City Day School: and recent work at the University of Chicago and Northwestern University. Her work has received many awards and been widely published and exhibited. She has lectured nationally and internationally and been on numerous competition and award juries.

From 1993 – 2005 she returned to Washington University as a professor and Dean of the School of Architecture; she was the first woman to be dean of a school at that institution. During her tenure she initiated many international programs, introduced computer initiatives and enhanced both the technology and design curricula. She was also active in the process of planning and realizing the creation of an arts campus.

Cynthia has been active in AIA, serving as President of AIA Chicago and Vice President of the national AIA Board. She was a founding member of Chicago Women in Architecture and the Chicago Architecture Club and served as the President of the latter. She served on the editorial advisory board of the Harvard Design Magazine and the visiting committee for the MIT School of Architecture and Planning. She currently serves as a member of the National Council of the Sam Fox School of Design at Washington University and is serving a second time on the Board of the Society of Architectural Historians.

It is evident that Cynthia’s contributions have affected the lives and careers of others in the architecture community and inspired new generations of women to become actively involved in Chicago Women in Architecture and the field of Architecture. She is undoubted the most worthy recipient of the first CWAF Lifetime Achievement Award.